Part of the INSIDE PITCH series
Written by: Craig Muder

On the day Steve Carlton moved to the top of the list of left-handed strikeout artists, only four pitchers had ever reached the 3,000-K mark.

Carlton, whose lefty record 2,833rd strikeout came against the Cardinals’ Tony Scott on July 6, 1980, would one day join Club 3,000 and – for a time – hold the all-time strikeout record.

But on the day Lefty set the new southpaw record, large strikeout totals were far from common.

“I’d figure it’s what you’d call a typical Carlton game,” said Phillies manager Dallas Green, who would lead the team to its first-ever World Series championship that fall. “It was a win. He had enough strikeouts to set a record which may not be broken for a long time.”

Carlton’s record-setting strikeout bumped Mickey Lolich off the top of the left-handers list. With a total of seven strikeouts that day against the Cardinals, Carlton had 2,836 Ks for his career – then seventh on the all-time list. 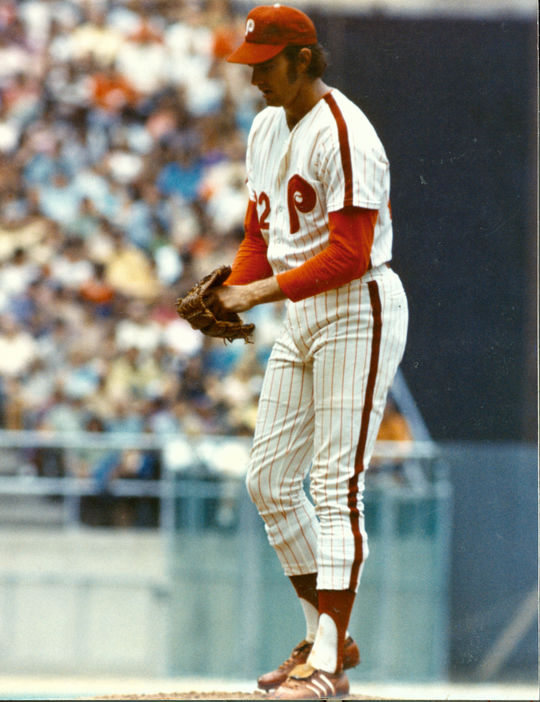 On July 6, 1980, Steve Carlton set the record for strikeouts by a left-handed pitcher with his 2,833rd strikeout. (National Baseball Hall of Fame and Museum)

Carlton reached the 3,000-K mark on April 29, 1981, and he and Ryan would go back and forth atop the all-time list for a while in 1983 before Ryan eventually took command in the later years of the decade.

Ryan finished his career with a record 5,714 strikeouts, while Carlton totaled 4,136.

But on that July day in 1980, Carlton – with his nearly unhittable slider – stood alone at the top.

“He was getting us out with curveballs and sliders,” said Cardinals manager Whitey Herzog, who called Carlton’s performance “masterful.”

At 35 years of age, Carlton was en route to one of his best seasons. 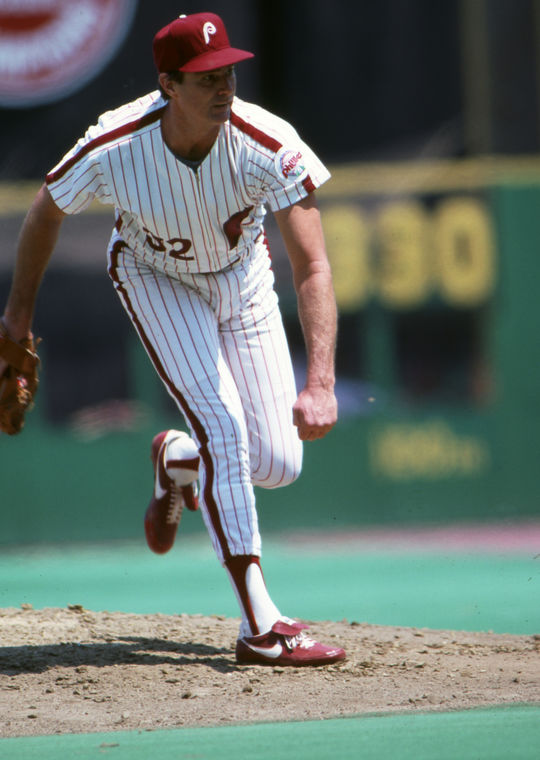 After a 24-year big league career that featured 10 All-Star Game selections, Steve Carlton was elected to the Hall of Fame in 1994. (Michael Ponzini/National Baseball Hall of Fame and Museum)

His win over the Cardinals improved his record to 14-4, and Carlton would win 10 more games that year to finish 24-9 with 286 strikeouts. He would win his third NL Cy Young Award following the season – and picked up the victory in Game 6 of the World Series, the contest that clinched the title for Philadelphia.

Green summed up Carlton’s performance – one that featured 104 pitches on a day where Green estimated the temperature on the field at Busch Stadium reached 130 degrees.

“Later, when Steve is able to reflect on it, I think this record will mean a lot to him,” Green told Gannett News Service.

Carlton was elected to the Hall of Fame in 1994. 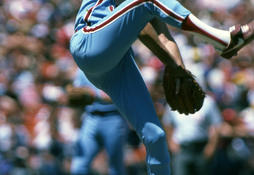