Part of the INSIDE PITCH series
Written by: Katherine Acquavella

In a moment when many were left speechless, it was fitting that the center of attention was a man of few words.

At the age of 36, Philadelphia Phillies’ Steve Carlton struck out 12 Montreal Expos on Sept. 21, 1981 to pass Bob Gibson atop the National League’s all-time strikeout list. Carlton boosted his strikeout total to 3,128, which moved him up to fourth on Major League Baseball’s all-time strikeout list, behind Walter Johnson (3,508), Gaylord Perry (3,326) and Nolan Ryan (3,229).

Carlton tied Gibson’s mark when he struck out Larry Parrish in the second inning of the game. Lefty set the National League record by whiffing Andre Dawson – who, like Carlton, would one day become a Hall of Famer – with the bases loaded in the third inning.

Carlton finished his 24-year career in 1988 with six 20-win seasons and 4,136 career strikeouts (currently fourth on the all-time list). During his time with the Phillies, he became the first pitcher to win four Cy Young Awards. Only two pitchers have won the award more times: Roger Clemens (7) and Randy Johnson (5). 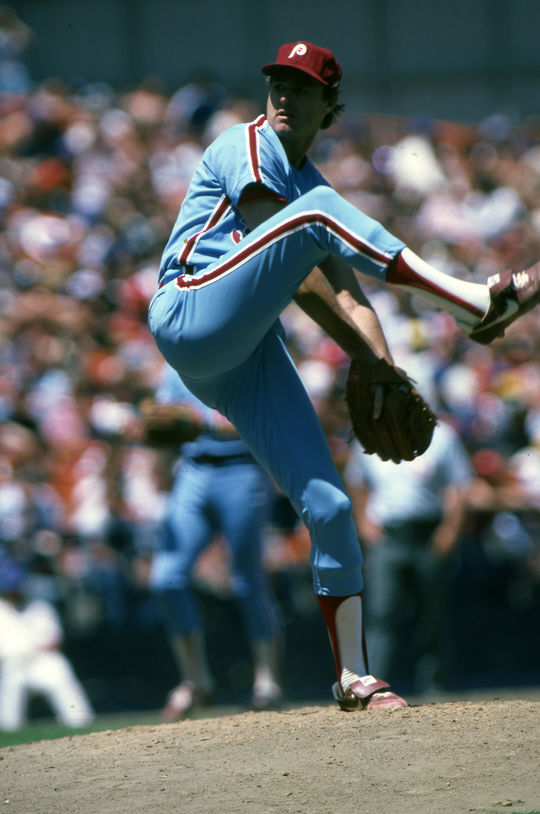 Steve Carlton’s 12 strikeouts on Sept. 21, 1981 against the Expos would raise his career total to 3,128, thereby passing Bob Gibson on the National League's all-time strikeout list. (National Baseball Hall of Fame)

For the last 10 years of Carlton’s career, he rarely spoke to the media. In 1981, Atlanta Braves play-by-play broadcaster Ernie Johnson went so far as to say, “The two best pitchers in the National League don’t speak English: Fernando Valenzuela and Steve Carlton.”

Carlton broke out of his normally introverted personality during his induction into the Hall of Fame in 1994; the southpaw shared an anecdote with Hal Bodley of USA Today.

“In 1966, I pitched against the Minnesota Twins here in the Hall of Fame exhibition game,” said Carlton. “I had been sent down by the St. Louis Cardinals because I needed to work on my game in the minor leagues. They called me up here from Tulsa to pitch in the exhibition game, and I had the good fortune to strikeout 10 Minnesota Twins in seven innings. That precipitated my return to the major leagues. They say life goes in circles, so here I am back 28 years later.” 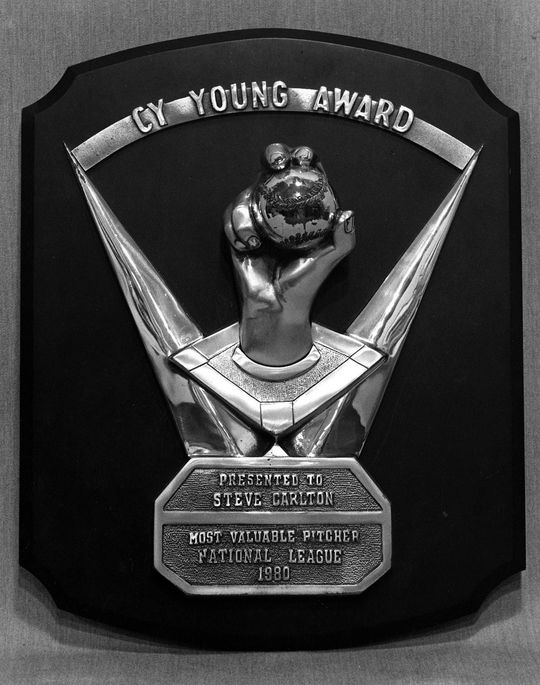 Carlton paved the way for many of the young pitchers of today’s game as he was the one of the first to use unconventional training methods. In 1983, Tommy Lasorda wrote in USA Today, “He’s the man who changed the whole philosophy of what a pitcher has to do to get in shape.”

According to a CNN article from 1994, Carlton’s most well-known training method was twisting his fist to the bottom of a five-gallon bucket of rice. He credited the odd technique for developing the hand strength to throw his tight slider. 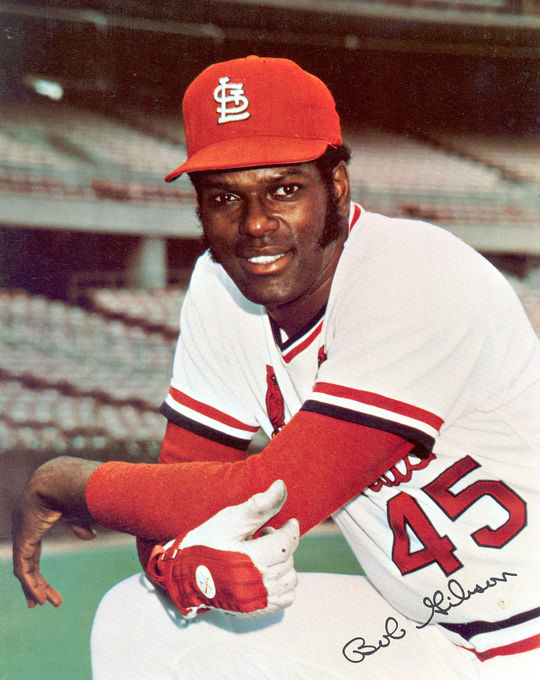 Prior to Carlton's feat on Sept. 21, 1981, Bob Gibson had held the record for the most career-strikeouts in the National League, with 3,117. (National Baseball Hall of Fame)

“What he’s done for the pitching profession will be long remembered,” Lasorda said. 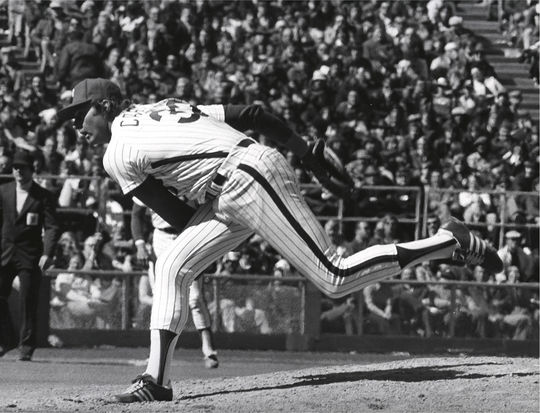 Against the Montreal Expos, the 36-year-old Nolan Ryan – then in his 17th big league season – passed Walter Johnson on the all-time strikeout list.